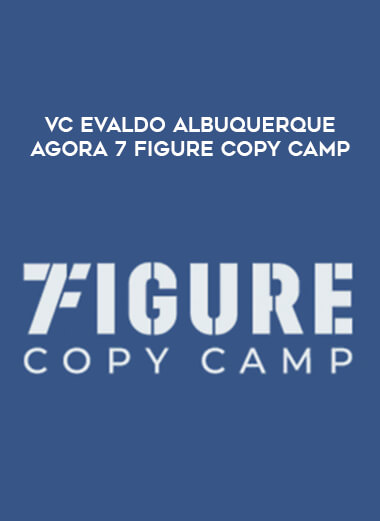 The 2-step formula to generate million-dollar ideas. It’s so simple you’ll think it can’t be true. but it’s why people around our office call Evaldo “an idea machine.”

Have an idea but don’t know if it’s any good? It’s simple. if it checks these 3 boxes, it’s a good idea. If it fails to check even one of them, it’s a guaranteed bomb and you’re wasting your time!

How to turn any bland, boring and ordinary thing into an exciting new mechanism that will basically FORCE your prospect to open their wallet and give you their credit card.

(Hint: one of the copywriters in Evaldo’s team used this secret to turn a failed sales letter into a huge $9,200,000+ blockbuster)

How a productivity hack used in every single major Navy Seal mission can help you write copy faster than you ever thought possible. I’ve seen Evaldo writing blockbuster copy in as little as one week using this trick.

How to write the entire structure of your sales letter in less than 5 minutes. (WARNING: once you start using this, your peers will ask you “how the hell are you cranking out so much copy?”)

How to instantly put your prospects in an emotional state of mind with the little-known ABT secret.

The 7 magic words to include in your headline. (Yes, “FREE” can be one of them, but there are so many others that will instantly boost your headline)

How to boost the conversion of your copy WITHOUT changing a single word ( that’s right: it’s a simple tweak you must do in your headline)

The one thing you MUST DO in your lead if you want your prospect to read your entire sales letter.

And much, much more.

These are copy techniques I promise you haven’t seen anywhere.

The same secrets that have sold more than $120 million for Agora financial just in the last two years alone.

But you won’t have to pay anywhere near that.

Be the first to review “Vcevaldo Albuquerque Agora 7 Figure CopyCamp” Cancel reply
Digital Delivery
We are using Paypal for our auto-payment gateway.
If you have any difficulty in settle your payment with us, please contact our Customer Service team via:
Skype: [email protected] (Intell Centre Customer Services)
Email: [email protected]
Facebook: https://www.facebook.com/IntellCentre/

$52.00
Start typing to see products you are looking for.
Home
Shop
0 items Cart
My account