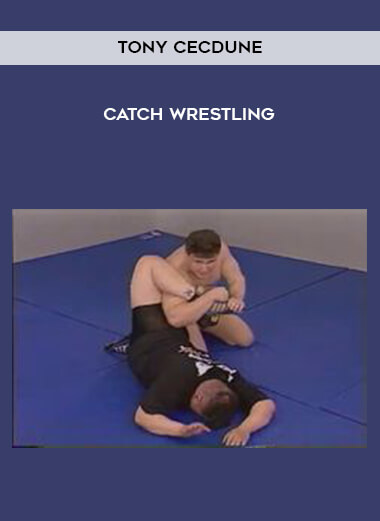 The location will be at my personal, private training room in McHenry County, Illinois.

Registration for this event will strictly close on November 9th, 2019 or when all 4 spots have been filled. DO NOT HESITATE TO ENROLL.

This seminar will focus on neck cranks/chokes the Catch Wrestling way and a few surprises.

OUR PRODUCTS AND SERVICES

This is our COMPLETE products package. You will receive each and every DVD and CD we offer. That’s a whopping 42 DVD’s and 3 audio CD’s. Also available as digital download in mp4 and mp3 format.

The most intense, street oriented Catch Wrestling video series ever produced. Learn incredible techniques and strategies in this groundbreaking release. Your choice of 12 DVDs or mp4’s. Hours upon hours of material.

THE LOST ART OF HOOKING SERIES

This is the LEGENDARY Catch Wrestling Series that all others are compared against. It started the Catch Wrestling revival and revolution and it’s still going strong. Available in DVD and Digital Download formats.

This newest release series is dedicated to street fighting principles as well as physical and mental training aspects that most people in the sport world simply overlook. 5 DVDs or MP4s and 3CDs or MP3s to open your mind to a different aspect of training and survival. Learn more today!

No matter where you’re located, there is a program for you. Learn from the finest instruction possible. Be it sport, real world self defense, or any combination you may need. I’ve trained CHAMPIONS in fighting and strength/fitness from all over the globe. You can be one too! Local/distant students welcome for fighting and/or fitness training.

Learn one of the most devastating fighting styles in the world and become fully endorsed and certified to boot! No matter where you live…No matter what your experience level is…No matter if you’re young or old. This is a tremendous offer to become certified to teach the world famous Tony Cecchine Catch Wrestling Method.

These programs are geared for the SERIOUS student who wants to learn devastating material here in Chicago, and be put through an intense training regimen designed to quickly get you equipped to deal with the matters at hand. To call these programs intense would be an understatement.

From the very first day of my training, reality fighting was all I was ever taught. There was no true submission wrestling tournaments in my day and age. The closest thing around was judo. And even today, submission grappling tournaments are very far away from being a realistic fight. I had to worry about surviving day in and day out in my neighborhood. A friendly little tap out isn’t going to save me. I had to learn devastating techniques that would allow me to defend myself when my life was on the line. This video series is all about NON sport legal techniques. This is all about violence and ruthlessness. Eye gouges, rips, bites, pressure points, etc., are explained and demonstrated in an unabashed fashion. These moves are strictly for self defense purposes only!

Pro wrestling ALWAYS had a dubious reputation. To most knowledgeable people through the years when you mention pro wrestling, their response usually is, “FAKE!” And they would be correct. Pro wrestling has been fake since basically its inception. That doesn’t mean there weren’t some skilled participants. Olympic gold, silver, and bronze medalists in wrestling have been among its ranks. So have national and international champions. However, that doesn’t change one simple fact. The wrestling “holds” have been as phony as a 3 dollar bill. They were practiced and applied to be theatrical in nature. To play to the crowd. To put on a “show”. This 3 part video series explains that what you may have been taught is useless against a skilled opponent.

Wrestling has been around for many, many centuries. Catch Wrestling in its many variations can be traced back to Greece and Rome. It’s been the foundation of many various grappling styles through the centuries. There’s lots to be learned from this Granddaddy of wrestling. I’ve been fortunate to have learned originally from the greatest wrestler I have ever seen, Stanley Radwan. His level of skill and strength was extraordinary. Of course later in my life I met and learned and exchanged techniques with the greatest of Catch Champions, Mr. Lou Thesz. His skill and knowledge far exceeded other so called experts…and it wasn’t even close. But the beautiful thing about Lou was his willingness even at an advanced age to pick up things from a younger wrestler, and willingly share his knowledge with me that has left a lasting impression.

ATTENTION ALL AMATEUR AND PROFESSIONAL FIGHTERS

TAKING IT TO THE FEET

Watch as Bruce H. Lee from the Lost Art of Hooking and I teach you different ways to keep the fight on your feet. One of the keys to being a great and complete fighter is to control the landscape. Learn how to dominate and control the situation. This is VERY crucial information as it covers elements of boxing and wrestling in synergistic way.

FOUNDATIONS OF THE JAB

I don’t care what it is you’re doing, you better know the basics. The basics are the most crucial element to building a superior fighting machine. There is simply no other way around that fact. And what separates me from most others, is my boxing and striking knowledge. Learning the jab is ever so important. It’s critical.

Have you ever noticed how some elite athletes look so graceful when they perform? They seem to move effortlessly. Sure, some of them are born with great prowess, but the real truth is they fully understand the fundamentals of what it is they’re trying to do. Learn how to move as a world class fighter should.

The MOST EFFECTIVE Armbar Series On The Planet. The new generation calls it a Kimura. The old timers called it by a simple word: wristlock. Simple word, yes, but do not let its simplicity fool you. Because underneath that facade is the most effective submission…check that, HOOK, that can be done to someone’s arm.

I find it amusing how some people still cling to outdated and inferior ways of thinking. I can remember when I was young how my Grandparents where reluctant to get a color TV, as black and white was all they knew. And forget about getting air conditioning. That never happened. Even now I see people who still hold on tight to their beliefs, even when shown something better or more efficient.

I’ve been a student of the fight game since I was a young boy. I’ve trained and been exposed to a myriad of different styles. Some were good, some were bad. And I’ve met tons of fighters and martial artists through the years. Some were good, some were bad. But I’m here to tell you when it comes to kickboxing, Terry Dow is good. He’s real, real good, but more about him later.

When you’re involved with something for many years, you’re bound to gain a ton of knowledge and insight. That’s only common sense. Now when you start hanging around and associating with other folks who have a lot of experience and you start sharing, well you can only imagine what stuff will come out. Think about two vastly experienced athletes. One is a collegiate wrestler. The other a boxer and Catch Wrestler. Imagine them just relaxing after a workout and deciding to just “talk shop.”

By now many of you realize that bodyweight exercises can only take you only so far as strength gains goes. They’re fine for endurance, but laughable when it comes to creating real world strength. I should know about strength. I hold the world record in a bodyweight exercise for a heavyweight, doing 122 pushups in 60 seconds. I also hold the unofficial world record in the strict curl by curling 250 lbs (and did 270 lbs. with SLIGHT movement) at a bodyweight of 220 lbs. This have never even been approached by anyone of my weight. Let me show you how I have developed a world-class pair of arms that know strength as well as anyone else in the world.

The last thing you want on the mat, let alone on the street, is that sinking feeling that you’ve just ran out of juice. Nothing can be more frightening, and nothing can make you feel more utterly helpless. As someone who has spent over 40 years on the mat studying the art of Catch-As-Catch-Can Wrestling, I’ve seen it happen a thousand times. Having grown up in the toughest neighborhood of Cleveland and later working in some of the meanest and dirtiest bars this side of Hell, I can also tell you from experience that fatigue doesn’t just make cowards of them all: It can make cripples of the lucky and cadavers of the rest! Learn real bodyweight exercises to propel you.

Beyond the Lucky 13….that’s all that needs to be said! The Lucky 13 is considered one of the finest and most grueling workout DVD available anywhere in the world. The Circuit Breaker takes it a step further. This is circuit training at an intense level. And it picks up where The Lucky 13 left off. Featuring Tri-C student and world record holder, Paul Dodds from the UK, who has been my student for over a decade, and he is VERY intense. This is 55 minutes of pure HELL. Attempt to follow along in your training at the pace he sets to bring out the best in yourself. Gradually increase your output and intensity and know that you’re tapping into that special place!

I’d like to ask you a few questions before we go any further. Have you ever been beaten in the gym or competition by someone you absolutely knew you were better than? Did you feel you had the strength to handle him but for some reason you just couldn’t seem to “pull the trigger”? Were you sweating profusely and gasping for air making excuses why you ran out of gas? The reason I am asking you those three questions is because in my over 20 years as a coach, I have seen and been told those scenarios more times than I can count. And the sad thing is, I shouldn’t have to hear those tales at all because there is a simple solution. But before I tell you just what you can do, allow me to give you this this: THE LUCKY 13

Be the first to review “Tony Cecdune – Catch Wrestling” Cancel reply
Digital Delivery
We are using Paypal for our auto-payment gateway.
If you have any difficulty in settle your payment with us, please contact our Customer Service team via:
Skype: [email protected] (Intell Centre Customer Services)
Email: [email protected]
Facebook: https://www.facebook.com/IntellCentre/