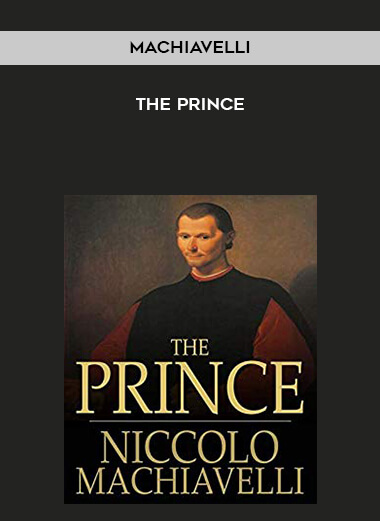 Readers have differed sharply in their assessments of The Prince, as well as the character of its author, Niccolò Machiavelli, since the book’s publication in 1532. In his own time, Machiavelli was known as the author of histories, poems, and plays (including a widely produced popular comedy). Highly respected as a statesman, he represented Florence on foreign missions and wrote reports admired for their style and substance. But the Catholic Church censured Machiavelli for his criticism of Christianity and for the tone and content of the political counsel he offered, especially in The Prince. By the seventeenth century, the name Machiavelli had become synonymous with diabolical cunning, a meaning that it still carries today. Modern readers exhibit the same ambivalence about Machiavelli himself, alternately recognizing him as a precursor of the discipline of political science and recoiling from the ruthless principles he frequently articulates. Both views of Machiavelli, as innovative modernist and cynical politician, have their origins in The Prince.

Machiavelli wrote The Prince in 1513, just after he was forced to leave Florence as a political exile. Dedicated to Lorenzo de’ Medici, the book is Machiavelli’s advice to the current ruler of Florence on how to stay in power. It was also his effort, though unsuccessful, to gain an advisory post in the Medici government. The Prince was not published until five years after Machiavelli’s death. Leaders as diverse as Oliver Cromwell, Frederick the Great, Louis XIV, Napoleon I, Otto von Bismarck, and John F. Kennedy have read, contemplated, and debated Machiavelli’s ideas.

Machiavelli’s treatise makes a clear break from the Western tradition of political philosophy that preceded him. Beginning with Plato and Aristotle, the thinkers of this tradition were concerned with issues of justice and human happiness, and with the constitution of the ideal state. Until its final chapter, The Prince is a shockingly direct how-to manual for rulers who aim either to establish and retain control of a new state or to seize and control an existing one. Rather than basing his advice on ethical or philosophical principles, Machiavelli founds his political program on real-life examples. When explaining what a prince should or should not do in pursuit of his ambitions, Machiavelli cites the actions of well-known historical and contemporary leaders, both successful and unsuccessful. Throughout The Prince, Machiavelli explicitly aims to give an unsentimental analysis of actual human behavior and the uses of power. “I have thought it proper,” Machiavelli writes of a prince’s conduct toward his subjects, “to represent things as they are in a real truth, rather than as they are imagined” (p. 49).

The accuracy of Machiavelli’s view of human nature and the social world is debatable. Is Machiavelli simply being clear-sighted and objective, or is he providing spurious justifications for the worst impulses of those who seek power? In The Prince, the results of actions are what matter. Murder, the incitement of quarrels among citizens, the purchase of temporary loyalties, and betrayal: all are permissible—indeed, recommended—if they advance the prince’s goal of attaining and securing power. In Machiavelli’s view, the preservation of the state warrants such actions, since the state is necessary to ensure security, peace, and order for the people. He sets the ambitions of the prince and the need of the people for order side by side, seeing the two as complementary. Perhaps they are, or perhaps this equation is merely a self-serving way for those who crave power to defend injustices. To what extent the means that Machiavelli promotes in The Prince are justified by the ends, and whether the means actually bring about the ends, remain open questions.

Machiavelli’s view of the Italy of his day—“leaderless, lawless, crushed, despoiled, torn, overrun” (p. 83)—underwrites the advice he gives in The Prince. It also leads him to end his treatise with an “Exhortation to liberate Italy from the barbarians.” Machiavelli calls for “a new prince…to introduce a new order” (p. 82) that would bring unity and stability to the often warring city-states of the Italian peninsula. In this portion of The Prince and in some of his other writings, Machiavelli appears more idealistic and friendly toward a form of government that would give citizens a say. In his Discourses, Machiavelli portrays the ideal government as a republic that allows groups with differing opinions to speak openly.

Machiavelli thus sets the stage for an enduring discussion among his readers. Is he best understood as a seeker of unity and peace, concerned to make his advice practical and effective? Is he an opportunist offering aid and comfort to would-be tyrants? Do the moral and political goals he outlines in the final chapter of The Prince justify the actions he advocates in the preceding chapters? These questions seem destined to remain with us as long as Machiavelli’s book continues to occupy a central place in modern political thought.

What we know of the personal character of Niccolò Machiavelli (1469-1527) is at odds with the treachery implied in the adjective derived from his name. Evidence suggests that Machiavelli was an upright man, a good father, and a husband who lived in affectionate harmony with his wife, Marietta Corsini, who bore him six children. Throughout his life, Machiavelli was a zealous republican. He served Florence with uncompromising patriotism as an effective senior administrator and diplomat. But his single-minded service to the republic of Florence ended when the army of the Holy League of Pope Julius II returned the Medici family to power as benevolent despots of the city. In the resulting political purge, Machiavelli not only lost his position in the city government but, when a conspiracy against the Medicis was uncovered in early 1513, he also was accused of complicity simply because his name was on a list taken from the conspirators. Thrown into prison and subjected to the kind of torture that forced blameless men to confess their guilt, Machiavelli nevertheless maintained his innocence and was eventually released.

Reduced to poverty, and with restrictions placed on his movements around the city, Machiavelli sought refuge in the little property, outside Florence, that he had inherited from his father. There he produced not only The Prince, which he completed between the spring and autumn of 1513, but also a variety of political commentaries and histories and a number of well-received literary works. After the death of Pope Julius II in 1513, the son of Lorenzo de’Medici (called the Magnificent) became Pope Leo X—one of three popes the Medici family produced. It was Machiavelli’s hope that by dedicating The Prince to Lorenzo de’Medici, son of the most famous of all the Medicis, he would obtain an office that would return him to public life. That hope was in vain. Machiavelli died at the age of 58, still exiled from Florence.

I Samuel and I Kings (Old Testament); Matthew 22 (New Testament)
These books in the Bible deal with the tensions between religious and political loyalties.

Aristotle, Politics
In this exploration of the ideal state, Book V, concerning the maintenance of political power, is an especially pertinent antecedent to Machiavelli.

Thomas Hobbes, Leviathan (1651)
The author presents a grim vision of human beings in their natural state, which becomes the basis for his argument that a practically omnipotent government is necessary to secure a basic level of justice and elementary freedoms.

John Locke, The Second Treatise of Civil Government (1690)
Chapter 14 examines the circumstances in which government can act in violation of the law or in the absence of law. Chapter 19 concerns the right of the people to overthrow a ruler or government when either has abused his power.

James Madison, “The Federalist No. 10” (in The Federalist) (1787-88)
This essay addresses the problem of factions that inevitably develop among citizens and the ways of controlling their detrimental effects without infringing on liberty.

Plato, The Statesman
One of Plato’s major works of political philosophy, this dialogue explores the nature and virtue of a king or statesman.