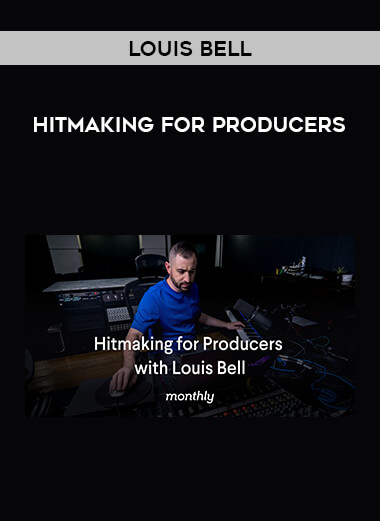 Become a better producer in 30 days. During this one-month class, learn #1 producer Louis Bell’s entire process for crafting hit songs – the same process that has earned him more #1 songs than any other songwriter or producer in the past few years. Finish the class with 2 release-ready songs of your own.

Become a better producer in 30 days

Acclaimed producer Louis Bell teaches you everything he knows in this one-month class, transforming the way you make music. Louis is recognized as the genius producer behind #1 hits for artists like Post Malone, Camila Cabello, Justin Bieber, Halsey, Taylor Swift, and many others. Immerse yourself in his unique process and leave the class with 2 release-ready songs of your own.

Learn through a step-by-step curriculum

Drastically improve your skills through in-depth video lessons, projects, and feedback sessions. It’s a world-class curriculum and unforgettable learning experience designed to level you up.

Before class starts, there are few things you’ll need to do to be ready to go on Day 1. Louis Bell explains how to get set up and what you’ll need to have and know ahead of time to get the most out of the class.

In this part of the class, Louis walks through his full songwriting and production process by creating an original song in real time, from start to finish. He walks through his entire process of developing a song, including how he writes melodies and lyrics, produces synth, drums, bass, and other instrument parts, uses effects and automation to shape and adjust his sounds, and mixes and finalizes the track. You will follow along with Louis step-by-step and end Part 1 with your own original song.

In the second part of the class, Louis demonstrates how to write a song with an artist, working alongside them in the studio to come up with the lyrics, melody, and arrangement. After the song is written and recorded, Louis shows how he produces the track, including his complete vocal production process. You will write and produce a second song by collaborating with an artist, friend, or musician in your life.

Be the first to review “Louis Bell – Hitmaking for Producers” Cancel reply
Digital Delivery
We are using Paypal for our auto-payment gateway.
If you have any difficulty in settle your payment with us, please contact our Customer Service team via:
Skype: [email protected] (Intell Centre Customer Services)
Email: [email protected]
Facebook: https://www.facebook.com/IntellCentre/

$49.00
Start typing to see products you are looking for.
Home
Shop
0 items Cart
My account