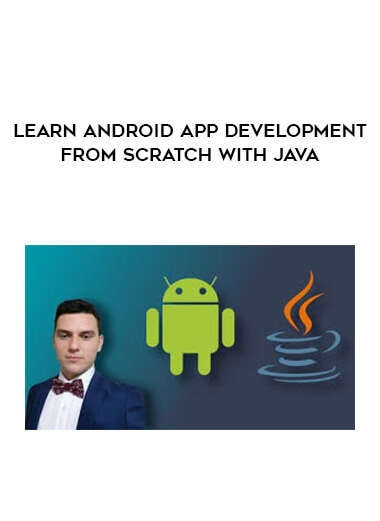 PC with any operating system

Basic Java knowledge would be nice

If answer on any of those questions is yes, you are at right place.

In this is Android development course with Java language, you will:

– Learn how Android apps are built, and how to build your own android apps from scratch.

– Learn how to generate apk file so that you can send your app to your friends and they can install your app without downloading it from google play.

– Learn how to make functional android app in general

Who this course is for:

Anyone who is curious about Android development

Anyone who wants to build their own apps

Anyone who enjoys learning new things

Be the first to review “Learn Android App development from scratch with Java” Cancel reply
Digital Delivery
We are using Paypal for our auto-payment gateway.
If you have any difficulty in settle your payment with us, please contact our Customer Service team via:
Skype: [email protected] (Intell Centre Customer Services)
Email: [email protected]
Facebook: https://www.facebook.com/IntellCentre/

Gregory Caremans – Brain Academy – Neuroplasticity: How To Rewire Your Brain

Philip Hofmacher – Introduction To Alexa: How To Use Amazon Echo

$0.00
Start typing to see products you are looking for.
Home
Shop
0 items Cart
My account