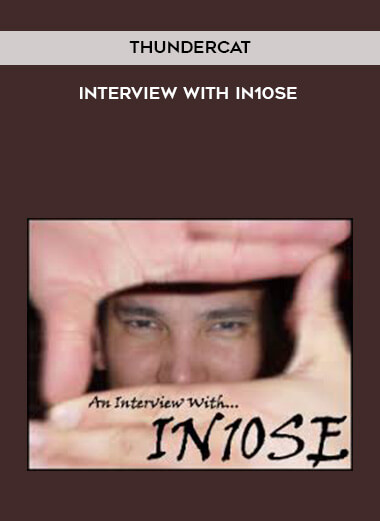 Salepage : Interview with IN10SE by Thundercat

In the world of the online seduction community, there is probably no other figure more enigmatic or controversial than IN10SE (pronounced Intense). Yet, for all the buzz surrounding him, IN10SE remains below the radar of most people’s research. His posts are among the most popular and respected, not only on Moderated Alt.Seduction.Fast, but also on the super-elite Mystery’s Lounge.

For years, IN10SE was considered a top student in the NLP-based seduction community, before controversy struck and he was unceremoniously cast out by the powers that be. Now, unhindered by the restrictions that came with being in that inner circle of the dark-hypnotic arts, IN10SE has emerged with a style all his own, and more powerful than any of his former brethren have seen. In his first, ever, major interview, IN10SE shares some of his most powerful secrets and most forbidden techniques. Techniques so powerful and successful, that bringing them to the forefront almost cost him his reputation.

Read this interview carefully and absorb the knowledge IN10SE has to share, but heed this WARNING: The techniques IN10SE shares here are very powerful and are not to be used lightly. Always be aware of how you use his patterns, since you may get more than you bargained for. And now, on with the interview…

If you’ve ever read “The Game“, you know IN10se aka ‘TwoTimer‘ and his forbidden NLP pattern: The October Man Sequence. Legend has it, saying these magic words will instantly get a girl so attracted to you, she will want to tear your clothes off, and take you home right away. And in this article, I’ll reveal some of it’s secret background, hidden psychology, and even tell you how to see the one – and only – Demonstration of The Octoberman Sequence ever recorded on video.

But you have to hang out with Twotimer and me some time. We’ve been sarging with Ross Jeffries a lot. Yeah, I use a canned opener, then I elicit her values and find out her trance words. And then I go into one of the secret patterns. Do you know the October Man sequence? – Strauss, Neil. The Game: Penetrating the Secret Society of Pickup Artists. 1st ed. 2005. p.39.

Be the first to review “Interview with IN10SE by Thundercat” Cancel reply
Digital Delivery
We are using Paypal for our auto-payment gateway.
If you have any difficulty in settle your payment with us, please contact our Customer Service team via:
Skype: [email protected] (Intell Centre Customer Services)
Email: [email protected]
Facebook: https://www.facebook.com/IntellCentre/

Matt Ryder – How To Pickup Girls On Tinder

Paul Janka – Beyond the Digits