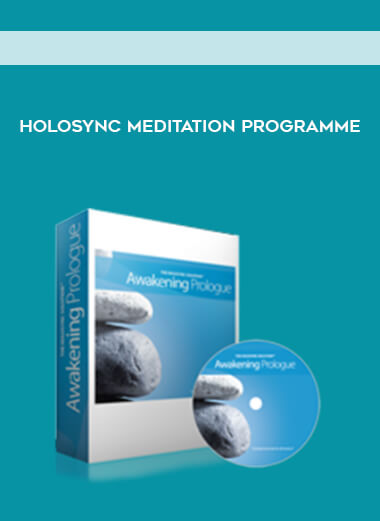 What you need to know before you consider buying the Holosync Meditation program from Centrepointe! Holosync isn’t new. It’s been on the market for some years now, and perhaps was one of the pioneer products in the ‘binaural beats’ range of meditation programs.

The Holosync Awakening Prologue is the first level in the program. If you didn’t know that it had special ‘binaural beats’ associated with the soundtrack, you’d just think you’re listing to the sound of rain and bells on loop. Not that it isn’t pleasant, however!

My dad bought me the first level about 7 years ago, as he was absolutely hooked on holosync and had bought three of the subsequent levels. I used the Awakening Prologue, and did so for some time. I loved the program but I eventually gave up. Initially, I was getting heaps from it. What happened? After a while – I found that the Awakening Prologue didn’t do anything for me. I was probably ready to progress to the second level, but I didn’t. Instead, I gave up. It was probably because I didn’t want to pay for the next level… I actually can’t remember!

So I’ve quizzed dad on his experience with Holosync – and why he also eventually gave up on the program. His thoughts follow:

Holosync causes chaos and follows with order. When you first listen to each level of the program, it stirs you up. You might feel a little uneasy, have powerful dreams and generally feel emotionally overwhelmed. Your brain is being stretched. The program pushes your mind into overdrive whether you like it or not. Then in time, clarity will return.

However: If you aren’t emotionally ready, using Holosyc can cause a rebound effect. Don’t feel as if you need to rush through the program. Take it slow and at your own pace.

Holosync promised a lot. We both agreed that it was way overhyped, and we both got tired of receiving marketing material asking us to ‘upgrade’ on a regular basis. Dad mentioned that he attended an event organised by Holosync, where he got to meet quite a few people that purchased the entire program. His observations were that these people didn’t appear to be as calm and ‘zen’ like as promised by the program. It’s not a quick way to ‘get enlightened’.

Dad gave up on the program when he realised that the breakthroughs and new levels of clarity just weren’t as impactful as promised. Thinking back – this is probably why I decided not to purchase any further levels of the program.

Holosync can cause emotional upheaval. Maybe it’s what you’re looking for. But from my understanding, I’m unsure if the emotional upheaval is worth it. But, saying that… your brain is nothing like mine or my father’s, so your experience with Holosync could be completely different. If you want to give it a try, click here. But… I recommend you look for a cheaper option with less emotional upheaval – try out OmHaromnics.

Be the first to review “Holosync meditation programme” Cancel reply
Digital Delivery
We are using Paypal for our auto-payment gateway.
If you have any difficulty in settle your payment with us, please contact our Customer Service team via:
Skype: [email protected] (Intell Centre Customer Services)
Email: [email protected]
Facebook: https://www.facebook.com/IntellCentre/

Bob Proctor and Mary Morrissey – Invisible Side of Success