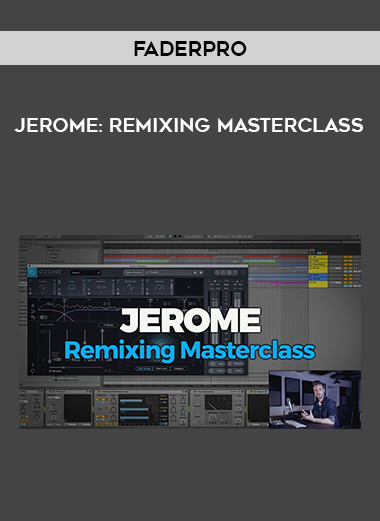 Jerome has been flying the Kontor Records flag for almost a decade!

In that time he’s established himself on the international stage as a DJ, producer, recording artist and superlative entertainer, amassing over 170 million streams and more than 3 million monthly listeners on Spotify alone!

His single release Light earned gold awards in Germany and Austria, with his next release Take My Hand following a similar upward trajectory.

He’s also found the time to collaborate with Le Shuuk and Gabry Ponte, as well as deliver remixes for the likes of Armin van Buuren, Timmy Trumpet & Sam Feldt.

In recent years, many of his fans have enjoyed his sets as a resident DJ on the Kontor Top Of The Clubs Tour and he’s mixed a host of Kontor compilations in his own inimitable style.

Since the beginning of lockdown in March, he’s served up one tasty set after another on the Kontor DJ Delivery Service live stream, boosted by his Jerome IRL and producer workshops across the digital landscape (YouTube, Facebook & Twitch). Bringing the party right into your living room!

His new single, “Sick Of You,” matches his signature beats with rather more poppy vocals, the freshest-sounding Jerome yet. Jerome “Sick Of You” is out now, everywhere you get your streams and downloads!

In his remixing masterclass for FaderPro, in partnership with Kontor Campus, Jerome goes in-depth and demonstrates his complete creative workflow for creating his signature sound in a remix.

Be the first to review “FaderPro – Jerome: Remixing Masterclass” Cancel reply
Digital Delivery
We are using Paypal for our auto-payment gateway.
If you have any difficulty in settle your payment with us, please contact our Customer Service team via:
Skype: [email protected] (Intell Centre Customer Services)
Email: [email protected]
Facebook: https://www.facebook.com/IntellCentre/

Jon Rappoport – Power Outside The Matrix

$29.00
Start typing to see products you are looking for.
Home
Shop
0 items Cart
My account