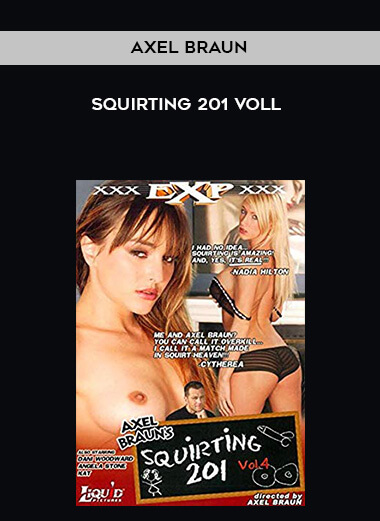 Extras: photos, behind the scenes

Audio/Video: The video is presented in widescreen color. The picture quality is pretty good, with only an occasional portion with poor lighting. The audio is presented in 2-channel stereo and sounds very good.

Penny is a great looking gal. She is the lovely brunette on the left side of the DVD cover. She has a pretty face, a hot body and a nice rack. The fun opens with her and Scott Nails getting it on. He fingers and eats her out while Axel coaches from behind the camera. Next she returns the favor and gives the dude a blow job. Both acts were decent and thankfully the sex offers a lot more fun. Penny looks great getting fucked and her body jiggles in all the right places. For those who are interested in seeing squirting, there is none in this scene.

Gabrielle is a pretty cute babe with a nice body and tits. Victoria is also attractive. The fun begins with the two girls on a couch with Tony T. They talk and then they suck him off. Most of the oral action has him lightly face fucking the girls. It’s pretty heated. Next the trio move into sex. Tony takes turns with each girl and fucks them in turn. The girls make no effort during the action to play with each other. They just watch from the side. Overall a good scene with some decent action. For the squirting fans, Victoria squirts a couple of times towards the end.

Missy is a cute babe who I have enjoyed watching in action. Sunny is a gal who hasn’t impressed me at all. The action opens with Missy sucking off Mark Davis and licking his butt hole. Eventually Sunny joins them and adds another mouth for more oral sex. Then Sunny disappears and Mark eats out Missy. Missy squirts all over his face and she licks him clean. Next they fuck and Missy squirts some more. At one point the camera loses its focus on Missy and Mark and we watch Sunny pole dance. Then back to Missy and Mark. Later Sunny gets to have sex with Mark and Missy does some more squirting. She even takes some squirt in her mouth and spits it in Mark’s mouth.